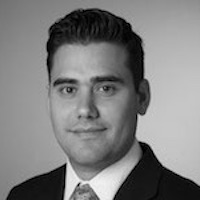 Nicholas J. Bontrager was admitted to the State Bar of California in 2007 after receiving his Bachelor’s degree in Law and Society with a Minor in Global Peace and Security from the University of California at Santa Barbara in 2004 as well as his Juris Doctor degree in 2007 from the University of La Verne College of Law. He is admitted to practice in the Ninth Circuit Court of Appeals, as well as all District Courts of California, Colorado, Northern Florida, Western Wisconsin, and Northern and Southern Districts of Illinois. He has elected to concentrate his practice in consumer protection throughout his extensive career.

Previous to his current tenure, Nicholas’s vast experience consists of four years as the department head of a major national consumer law firm where he led the firm’s nationwide practice, followed by almost three years of managing the consumer finance department of another renowned consumer law firm. He has been successful in over 5,000 claims to date, where he has been lead counsel in class action lawsuits against national corporations such as the Los Angeles Clippers and T-Mobile. In 2009, he was named the second “Most Active” FDCPA attorney in the United States by Webrecon, LLC, representing well over 300 consumers in federal courts alone. Currently, he has also been recognized for two straight years (2016 & 2017) by Thomson Reuters as a Southern California Rising Star, in the area of Consumer Law. This honor is a recognition bestowed upon only the top 2.5% of Southern California attorneys who are under the age of 40.

Contact Us
Practice Areas
Client Reviews
★★★★★
Sanaz is an amazing attorney. She was professional, thorough as well as timely in answering all questions. She was cautious with all details and helped me through the entire process definitely recommend her. Aaron M
★★★★★
I had a consultation with Ms. Bereliani. She gave me great information and referred me to resources I didn't know was available to me. I felt she was honest, knowledgeable, and non-judgemental. Mabel R
★★★★★
To be frank, I couldn't have asked for a better attorney for something as hard to do as file for bankruptcy. Though I am on top of my details, she is so thorough, that if I had been neglectful, she and Chris would have helped keep me on track. Mark G
★★★★★
I can say I wish I never had to hire a lawyer for bankruptcy services, but I couldn't have picked a better lawyer for the job! Sanaz was so caring and kind and walked me through the entire process step by step. Cassie C
★★★★★
Sanaz, I want to thank you and your team for doing such an amazing job. You are not only a highly qualified attorney with an outstanding skill set in bankruptcy law, but you are also an attorney with heart and compassion. You took a moment in my life that felt devastating and brought the human element to me. I knew from the onset after our first call that you were the person for the job. Your guidance, patience, and command of your craft brought me and my family comfort. I would not have made it across the finish line if it weren't for you and your team and the love of my family. Feel free to use this testimonial as you see fit. JG
View More
Submit a Law Firm Client Review